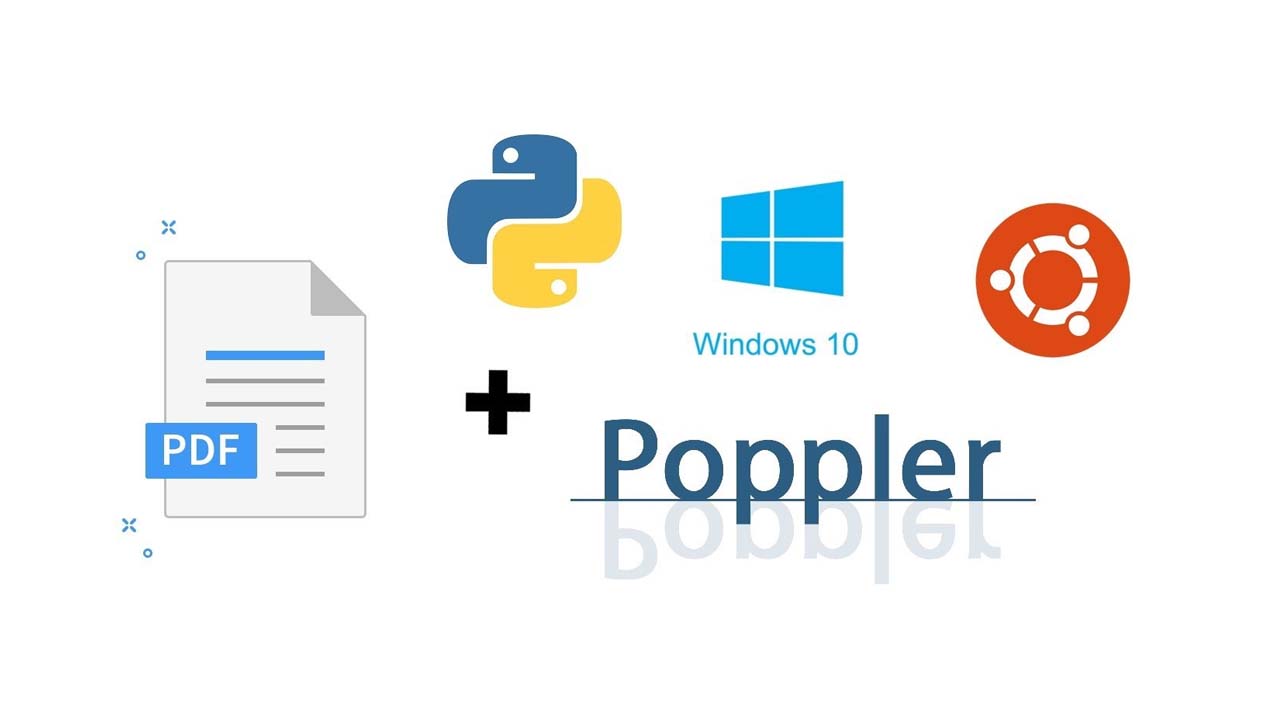 Poppler On Window Python, PDFs, and Window’s Subsytem for Linux

Portable Document Format (PDFs) are everywhere and importing a popular python-package like PDF2Image, PDFtoText, or PopplerQt5 is a common approach to dealing with them. Unfortunately, unless you are working with a Linux machine, many users are reporting that these packages are returning errors because they rely on Poppler.

Poppler is a utility for rendering PDFs and it’s common to Linux systems, but not Windows. So, naturally, if you want to use Poppler and its associated packages, we need to bridge the gap.

Let’s visit google and see what our options are…

A quick Google (StackOverflow) search reveals that there are many other people having this problem and they are still looking for solutions.

When we look for solutions, many of them are outdated, ineffective, too difficult, etc…

Of the purposed solutions, one solution appears to work well.

Actually, because of how powerful Windows Subsystem for Linux is, it’s a great solution for other problems which require Linux tools on a Windows machine.

Windows Subsystem for Linux is a compatibility layer for Linux binary executables natively on Windows 10. It recently entered version two (WSL 2) and introduced a real Linux kernel. To put it plainly, WSL makes it feel like you’re working on a real Linux machine (and you are).

Run Window’s Powershell as an administrator.

Activate the changes by restarting your computer.

Note that, Microsoft says, “This reboot is required in order to ensure that WSL can initiate a trusted execution environment.”

Now, you’re back from a restart, your system’s WSL is enabled, and you are ready to install a Linux distribution.

Go to the Window’s Store and search for WSL.

Getting WSL from Windows Store

Click Ubuntu and choose to install. Note, mine is already installed, so you have to do some imagining here.

Enter WSL through a terminal like this one in VS Code. Notice that, once you enter WSL, the terminal prompt will change. You are now operating within a Linux machine! Exciting!

Conduct the following commands within the WSL-prompt. Note that, you can ignore some of the steps that deal with Tesseract-OCR and PyTesseract. These are for the demo-project which I share at the end of the article.

Run a program with your newly acquired, ready-to-use, Poppler utilities.

I’ve created this demo script, so you can use it if you don’t have your own. Although, you will need a PDF to mess with.

This code works by converting a PDF to JPG. Then, it conducts OCR and writes the OCR-results to an output-file.

That’s it. You are certified Poppler-On-Windows.

Enjoy the spoils of war! You have gained some seriously new and powerful skills. You are well on your way to becoming a more flexible developer (if you aren’t already).

Now What… What Can You Build?

It’s so important to experiment with these new skills and solidify your understanding. True understanding comes with experience.

I built an OCR application to help document the historical work of emeritus professor and famous computer scientist, Dr. Kenneth E. Batcher. It uses a PDF to image tool for JPEG-conversion. Then, it does OCR on the image and writes the results to an output file. Since this proof of concept works well enough, it’ll eventually be used on document-scans instead of PDFs.

☞ Build and deploy a Python bokeh application on a Linux server